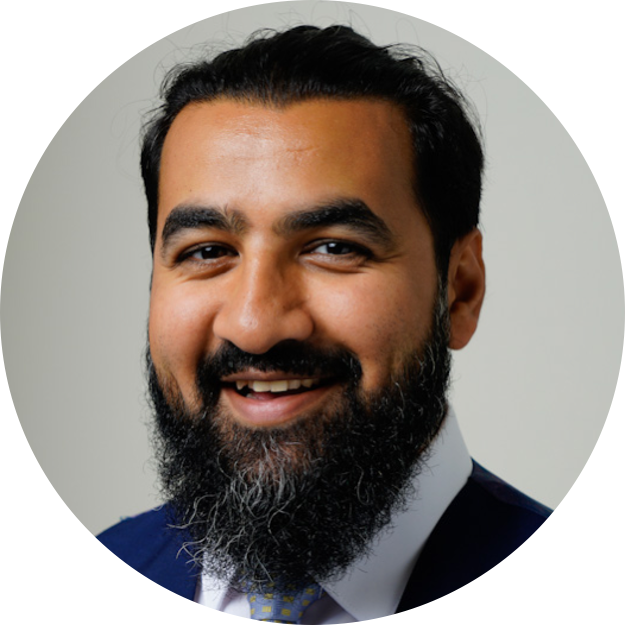 Fezzan is an experienced major gifts fundraiser and project manager with proven results in higher education. Most recently he was Philanthropy Officer, BAME Communities at Barnado’s.

He has extensive major gift fundraising and project management experience in both the Arts & Culture and Higher Education sectors.
Completed the £5.1m campaign for the Regent Street Cinema at University of Westminster. He’s also managed several multi-million-pound change projects for organisations such as HSBC, the University of Westminster and the Battersea Arts Centre.

Fezzan has over a decade of diverse experience across the private and voluntary sectors, including at the University of Westminster, where he managed a £5.1m major campaign to restore and reopen the historic Regent Street Cinema, including securing funding, partnerships and developing operations. During that time, he also brokered academic/commercial partnerships with organisations such as Bloomberg, Adidas, Kodak and Eurostar.

His career began in the commercial world at HSBC, where he managed multi-million-pound projects around cultural change, process improvement and optimisation of resource. He retains strong links to the private sector. He then moved into the Arts and Culture sector, instigating a £16.3m overall fundraising strategy for Battersea Arts Centre which included a ground-breaking renovation of a Grade 2 listed Town Hall, generating significant income from corporate and individual donors for both capital and revenue targets.

Fezzan is dedicated to social change, sustainability and diversity in the fundraising sector. As a founding member of the BME staff network committee at the University of Westminster, he instigated research into BME Fundraisers in the UK voluntary sector championed by organisations such as the Institute of Fundraisers and the Council for Advancement and Support of Education in Europe. He is Co-founder of Jigsaw House which facilitates the space in which diverse people change the world through impactful projects.

He received his master’s in Community Organising from Queen Mary University, and studied Molecular Genetics at the University of Sussex.