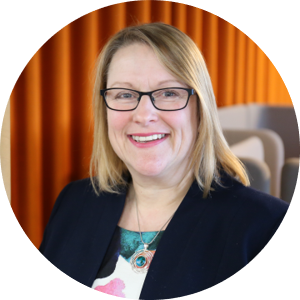 Lynne is an experienced Chief Information Officer and Director of Services in Higher Education.

She has worked at a senior level in a number of leading universities, predominantly in IT and technology leadership and also in the management of library services and academic and campus operations.

Lynne has successfully delivered strategies, major projects and services for universities with over 4000 employees and multiple locations, including working internationally in Malaysia and China with the University of Nottingham.

She has implemented many transformational technology, operating model, and cultural change programmes.

Lynne’s most recent role was interim CIO at the University of Derby and prior to that she was CIO at Goldsmiths, University of London, and CIO at University of Exeter. She has also held the roles of CTO at Kings College London and IT Director at University of Nottingham, and Director of Business Partnerships and Operations and Glasgow Caledonian University’s London Campus.