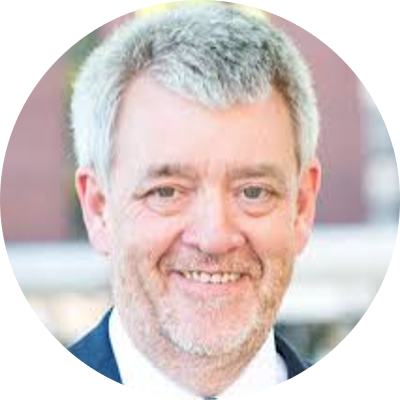 Will is a senior-level leader in higher education, having held the post of Registrar, Secretary and Chief Operating Officer at University of Manchester. After retiring from his full-time post in September 2017, Will is now an Honorary Advisor to the Senior Leadership Team. His expertise stretches to the commercial world too, having held numerous senior posts in the global research and development biopharmaceutical organisation, AstraZeneca.

Will’s non-executive portfolio includes acting as a Non-Executive Director of the Universities Superannuation Scheme Limited, one of the UK’s largest pension funds, where he also chairs the Remuneration Committee. He also acts as a Trustee Director and Chair of three North-West based charities.

Prior to joining Manchester, Will was the first Chief Operating Officer of Loughborough University. In this role he was responsible for all the service functions and the commercial activities of the University. In addition, he chaired and served on the Board of wholly owned subsidiary companies and the Manufacturing Technology Centre, where he is now an Honorary Fellow.

Before moving into the HE sector, Will pursued a career in ICI, Zeneca and AstraZeneca, working in a number of businesses and functions in both the UK and USA. This culminated in him establishing a Business Services organisation providing HR, Finance, Purchasing, Communications, SHE, Facilities Management and Site Services to all AstraZeneca’s UK sites.